“The Power of Collaborative Gold”
Vinyl Confessions
by Ira Kantor 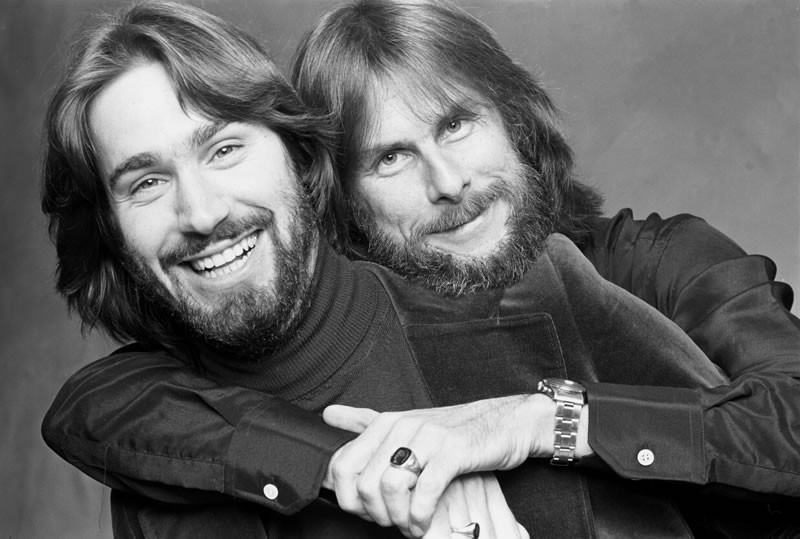 “This album constitutes a collaboration, experimental in nature, between Tim and myself. It is an attempt for both of us to move outside our own recognizable boundaries and try new directions – new forms of music which we rarely get to explore on our own. It is a chance to stretch, an opportunity to grow, and a hell of a lot of fun.”

More importantly, the 10-track masterwork signified a strong turning point in the lives and careers of both artists. For Fogelberg, the Illinois boy and Colorado transplant who was four albums and one Top 40 hit (“Part of the Plan”) into his career, Twin Sons marked the start of a five-year ascension to superstar status — even though he would only sing on three of its tracks. For Weisberg, having already released seven major label albums, this was an opportune chance to work with a close artistic inspiration.

Though they wouldn’t meet face-to-face until 1976, Fogelberg and Weisberg had been mutual fans of each other for years. Weisberg’s eponymous 1971 debut was already in Fogelberg’s collection as he was creating his own debut, 1972’s Home Free. The two would also make time to see each other perform live.

The story of how Twin Sons came to be can be traced to five specific moments in time, one lasting for several weeks, according to Weisberg, who gleefully dove deep into his memory banks to recount them for this column:

1) Fogelberg’s management company, Frontline, contacts Weisberg asking if he can play on a track (“Give Me Some Time”) on the former’s fourth studio album, Nether Lands.

“I didn’t hear anything after that; I almost dropped the phone. I was very excited and tried very much to contain myself,” Weisberg told me. “I almost blurted out: ‘When’s the date? I’ll be there a day early so I’m not late, and how much do I have to pay to do this?’ I mean I was artistically really, really excited. (Dan) wanted to see if there was a personal and musical chemistry with us actually working together.”

2) Fast-forward to a few months later. Weisberg receives a call “out of the blue” from Fogelberg, inviting him to Aspen to meet him and several friends for golf and fly-fishing. Without thinking twice, Weisberg — citing a fear of flying — drives the 13-and-a-half hours from California to the Centennial state.

“Dan casually mentioned, ‘Hey, we ought to do an album together,’ and I went, ‘Wow, God, that really sounds like fun,” Weisberg said. “And he said, ‘You know what would be fun for me? You and your flute could be the voice and I can concentrate on my guitar playing and soloing and stuff like that.’”

For Weisberg, a collaborative album seems novel — especially as Fogelberg opts to put his singing and songwriting talents aside for the project. Formality wouldn’t be a requirement. Instead, the album is considered a “refreshing change of pace” for both, who would then settle back seamlessly into their respective solo careers.

“(Dan) said that he didn’t want the burden of having to work on lyrics. So, to me, if this came to fruition, it would kind of feel like an alter ego thing for the both of us,” Weisberg said. “I had my career and he had his and it almost would be as close to starting all over again — a first album with no expectations.”

3) Fogelberg, with guitar in tow, surprises Weisberg during a gig at Amazing Grace in Evanston, Illinois, and asks to sit in for a song. The result is the duo’s first live performance together — a cover of Savoy Brown’s “A Hard Way to Go.” The chemistry between both musicians is apparent, especially considering Weisberg covered the tune on his debut album.

4) The idea for a collaboration album arises again, this time after a 1977 Weisberg gig in Boulder, Colorado. Fogelberg suggests Weisberg meet with his manager, Irving Azorf, to discuss the project.

5) Later in 1977, Fogelberg encourages Weisberg to trek back to Colorado for three weeks to talk actual musical shop, including songs to finish, arrangements, and which musicians and recording studios to use.

“We loved Brazilian music and we loved classical music. We loved rock and roll. We loved beautiful melodies,” Weisberg said. “We liked really interesting harmonies and I think that’s part of the reason the chemistry was really, really good.”

The trip soon stretches out even further. Beginning a solo tour in November 1977, Fogelberg invites Weisberg to perform during his first show in Phoenix. Reaching the end of his performance, Fogelberg alludes to Weisberg’s presence by playing a bossa nova – soon to become “Guitar Etude No. 3” on the Twin Sons album. Weisberg then takes the stage, much to the surprise of the unsuspecting audience.

“We’re up front and he’s got his arm around my neck and he says, ‘How do you like this, partner?’ – He has to yell in my ear – I’m going, ‘What are we going to play?’ and he’s ignoring me,” Weisberg recalled. “The audience is going completely nuts. Then he looks at me with this big grin and yells into my ear, ‘They’re all yours and he walks off the stage with his guitar.”

Weisberg launches into a 20-minute improvisation with Fogelberg later chiming in on guitar. Reveling in the fun of the moment, Fogelberg invites Weisberg to keep performing with him on tour, followed by a trip to Maui to further flesh out tunes.

“Nobody knew I was going to be at any of Dan’s solo tour shows,” Weisberg said. “Dan would do the same thing every night and bring me out as a surprise, which made it even more special. I just went out and did it for a plane ride, a taxi or a limo ride, a pillow and blankets, and a couple of meals because I knew it would be fun. We had a great time.”

The actual recording of Twin Sons occurs throughout 1978 at six different California studios. While largely instrumental in nature, Twin Sons stands out because it shows off the best of both musicians’ talents. Simply put, there’s no distinctive “leader of the band” here.

“Neither one of us ever expressed any thought about trying to meet certain criteria, put checks in boxes, to try to make this be commercially successful,” Weisberg told me. “Dan’s audiences were much more eclectic than the people in the business thought was the case, and so were mine.”

Fogelberg’s indifference about commerciality was verified to me recently by his wife Jean in an email: “Dan listened to, loved, and was inspired by, all kinds of music. Even after attaining wealth and fame with it, music was more a means of expression for him than a product to be sold for gain. When he heard something that turned him on he couldn’t wait to try his hand at it, despite the potential pitfalls of diverting from the safe and lucrative path he’d already established.”

The somber melodies of album opener “Twins Theme” are counteracted by the beat and pulse of track two, “Intimidation.” “Paris Nocturne” is sentimental; “Hurtwood Alley” is straight rock and roll attitude. Ironically, two of the tracks Fogelberg sings on are covers — “Tell Me to My Face” by the Hollies and “Since You’ve Asked” by Judy Collins.

The album’s closer “The Power of Gold,” would leap into the Top 25, becoming Fogelberg’s second Top 40 hit. It came about after Weisberg found the right moment to suggest his friend should further enhance the great music they were making together by singing.

“He was totally happy that he got unburdened to pursue his guitar playing in all its many facets, and we all got to bask in him doing some great singing and writing a great song too,” Weisberg said.

But the story doesn’t end there. Weisberg eventually reconnects with his old friend in 1991 following yet another call from Frontline inviting him to tour. The pair would then reunite in 1994 for a follow-up album, aptly entitled No Resemblance Whatsoever. Though this release would boast some memorable tunes (including two Jesse Colin Young covers), it sadly does not reach the success of its predecessor.

“I think Dan did some of his finest singing on this one [but] the record company gave up on it after the first three weeks,” Weisberg said. “That part was very disappointing for the both of us. But musically, it’s a diamond in the rough that a lot of Dan’s fans never heard about, and mine too.”

Personally, I feel Twin Sons is among Fogelberg’s top three greatest albums. For Weisberg though, reflecting on the 10-year anniversary of his friend’s untimely death from cancer, the album is simply one cog in the whole of the Fogelberg’s rich and varied legacy.

“His music will go on forever. I don’t care which generation is there; there will be people who hear his music and it will be brand new when they hear it the first time. That will never change,” he told me. “I don’t ever think he got the recognition that he was due and the honors that he was due given the body of work he created. My hope is maybe that will change.”

Share your feedback and suggestions for future columns with Ira at vinylconfessions84@gmail.com.

Article used by permission of Ira Kantor. You can access article on vintagerock.com.